Watershed management is the study of the relevant characteristics of a watershed aimed at the sustainable distribution of its resources and the process of creating and implementing plans, programs, and projects to sustain and enhance wat 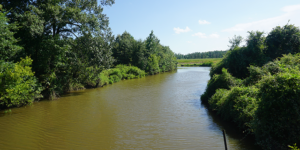 ershed functions that affect the plant, animal, and human communities within the watershed boundary.[1]Features of a watershed that agencies seek to manage include water supply, water quality, drainage, stormwater runoff, water rights, and the overall planning and utilization of watersheds. Landowners, land use agencies, stormwater management experts, environmental specialists, water use surveyors and communities all play an integral part in watershed management.

In agricultural systems, common practices include the use of buffer strips, grassed waterways, the reestablishment of wetlands, and forms of sustainable agriculture practices such as conservation tillage, crop rotation and intercropping. After certain practices are installed, it is important to continually monitor these systems to ensure that they are working properly in terms of improving environmental quality.

In urban settings, managing areas to prevent soil loss and control stormwater flow are a few of the areas that receive attention. A few practices that are used to manage stormwater before it reaches a channel are retention ponds, filtering systems and wetlands. It is important that stormwater is given an opportunity to infiltrate so that the soil and vegetation can act as a "filter" before the water reaches nearby streams or lakes. In the case of soil erosion prevention, a few common practices include the use of silt fences, landscape fabric with grass seed and hydroseeding. The main objective in all cases is to slow water movement to prevent soil transport.

The 2nd World Water Forum held in The Hague in March 2000 raised some controversies that exposed the multilateral nature and imbalance the demand and supply management of freshwater. While donor organisations, private and government institutions backed by the World Bank, believe that freshwater should be governed as an economic good by appropriate pricing, NGOs however, held that freshwater resources should be seen as a social good.[2] The concept of network governance where all stakeholders form partnerships and voluntarily share ideas towards forging a common vision can be used to resolve this clash of opinion in freshwater management. Also, the implementation of any common vision presents a new role for NGOs because of their unique capabilities in local community coordination, thus making them a valuable partner in network governance.[3]

Watersheds replicate this multilateral terrain with private industries and local communities interconnected by a common watershed. Although these groups share a common ecological space that could transcend state borders, their interests, knowledge and use of resources within the watershed are mostly disproportionate and divergent, resulting to the activities of a specific group adversely impacting on other groups. Examples being the Minamata Bay poisoning that occurred from 1932 to 1968, killing over 1,784 individuals and the Wabigoon River incidence of 1962. Furthermore, while some knowledgeable groups are shifting from efficient water resource exploitation to efficient utilization, net gain for the watershed ecology could be lost when other groups seizes the opportunity to exploit more resources. This gap in cooperative communication among multilateral stakeholders within an interconnected watershed, even with the likely presence of the usually reactive and political boundary-constraint state regulations, makes it necessary for the institutionalisation of an ecological-scale cooperative network of stakeholders.[4] This concept supports an integrated management style for interconnected natural resources; resonating strongly with the Integrated Water Resources Management system proposed by Global Water Partnership. 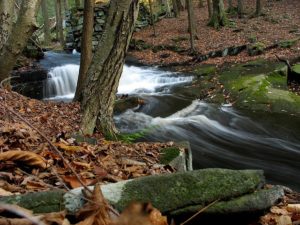 Moreover, the need to create partnerships between donor organisations, private and government institutions and community representatives like NGOs in watersheds is to enhance an "organisational society" among stakeholders.[5] This posits a type of public-private partnership, commonly referred to as Type II partnership,[6] which essentially brings together stakeholders that share a common watershed under a voluntary, idea sharing and collectively agreed vision aimed at granting mutual benefits to all stakeholders. Also, it explicates the concept of network governance, which is "the only alternative for collective action",[7] requiring government to rescale its role in decision making and collaborate with other stakeholders on a level playing field rather than in an administrative or hierarchical manner.

Several riparian states have adopted this concept in managing the increasingly scarce resources of watersheds. These include, the nine Rhine states, with a common vision of pollution control,[8] the Lake Chad and river Nile Basins, whose common vision is to ensure environmental sustainability.[9] As a partner in the commonly shared vision, NGOs has adopted a new role in operationalising the implementation of regional watershed management policies at the local level. For instance, essential local coordination and education are areas where the services of NGOs have been effective.[10] This makes NGOs the "nuclei" for successful watershed management.[11]

Environmental laws often dictate the planning and actions that agencies take to manage watersheds. Some laws require that planning be done, others can be used to make a plan legally enforceable and others set out the ground rules for what can and cannot be done in development and planning. Most countries and states have their own laws regarding watershed management.

Those concerned about aquatic habitat protection have a right to participate in the laws and planning processes that affect aquatic habitats. By having a clear understanding of whom to speak to and how to present the case for keeping our waterways clean a member of the public can become an effective watershed protection advocate