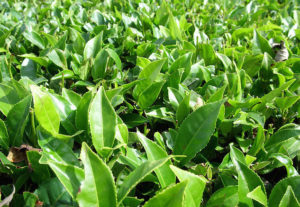 Introduction of Tea: – Tea is the dries leaf of a bush and contains theine and when added to boiling water along with milk and suger, it gives an aromatic and stimulating drink. Tea is one the most important beverage crops in India. It is also popularly known as “Chai”.

Tea plantations were confined to Upper Assam only but later on, new areas such as lower Assam and Darjeeling were also opened up to tea cultivation, there were 35 tea plantations in Assam alone, later on, tea cultivation started in Nilgiri Hills of southern India, Tarai along the foothills of the Himalayas and in some area of Himachal Pradesh and Meghalaya. 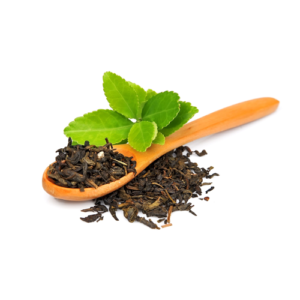 Soil requirement in Tea farming: – Tea plantation thrives well in deep, well drained, friable loamy soils. Virgin forest soils that are rich in humus and iron are the best suited soils for tea plantations and large proportion of potash and phosphorus in the main soil gives special flavor to tea as is the case in Darjeeling. Water logging will damage the plants, so make sure there is easy way of draining the soil. As part of soil/land preparation in Tea plantation, good dose of nitrogenous fertilizers like ammonium Sulphate and organic matter should be added to soil. Soil acidic ph should be in the range of 4.5 to 5.5.

Planting in Tea farming: – This is a very delicate operation and needs adequate planning and proper supervision. Correctly planted tea plants establish in the field quickly, grow vigorously and come into full bearing earlier. On the other hand, a slight error during planting can cause high percentage of mortality or permanent setback to the plants.

Time of Tea planting: – Planting can be done in April-June and September-October or October-November with adequate irrigation. Periods of heavy rains should be avoided.

Type of plants used for planting in tea farming: – This method is followed when spacing between plants is wide enough to allow digging of individual pits of proper size and without much difficulty. Pits should be about 45 cm wide and 45 cm deep, circular and straight walled. Smaller pits restrict root growth and retard shoot growth and development. The excavated soil is conditioned by mixing with 4-5 kg well decomposed cattle manure or 150-200 g well decomposed oil cakes and returning the soil into the pits. Not other manure is used except 30 g rock phosphate and 30g SSP at the time of planting.

Trench planting in Tea farming: – This method is adopted for closer spacing and in heavy soil. Trenches 30cm wide and 45 cm deep are dug along the rows. The excavated soil is conditioned and returned back as in case of pits and tea is planted directly on the trenches.

Method of planting in Tea farming: – There are two methods of planting, for plants raised in nursery beds. They are bheti planting and stump planting.

Bheti planting in Tea farming: – Here, the plants are lifted along with the bheti and the roots intact from the nursery bed. This is convenient with plants grown in ploythene sleeves, which reduces difficulty in transportation, reduce root damage and gives a very high percentage of survival. The polythene is removed carefully by slitting the tube and the bheti is held in the pit half-filled with the ground surface. 30g rock phosphate is added at the bottom of the bheti and the pit is filled with soil with adequate ramming. At about 5cm depth 30g SSP is added around the behti and the pit is filled up to the collar of the plant with soil. Adequate ramming is necessary to prevent sinking of the pit level later, which will cause localized water logging. The same method can be used for plant grown is sleeves.

Stump planting in Tea farming: – Plants are lifted from the nursery bed without having any soil around the roots. The shoot portion is cut off 15-20 cm from the collar and the excess roots trimmed off before putting them into the pits. This method is generally followed with overgrown nursery plants and has the advantage of easy transport and reduces chances of withering after planting. However, the percentage of survival is much less than bheti planting.

Method of Cultivation in Tea farming: – Usually tea plantations/Gardens are set up on the cleared hill slopes where shade trees are already planted in advance. Tea seeds are sown in the germination beds and the saplings transplanted to the garden.

The tea plantation is regularly hoed and weeded so that tea bush grows without any hindrance. In tea Gardens, using of manures and fertilizers is a common practice and oil cakes and green manures are widely used in its cultivation.

Pruning in Tea farming: – Pruning is an important task and should be carried out to maintain the proper shape of tea bush to a height of about 1 m with about same diameter. The objective of pruning is to have new shoots bearing soft tea leaves in plenty and to make comfortable plucking of tea leaves from the ground.

Irrigation in Tea Farming: – Sprinkler irrigation is the most widely used method in tea gardens of North East India. Drip irrigation is confined to seed baric.

Harvesting of Tea leaves: – Tea plantation requires intensive labor for plucking the tea leaves, get some cheap labor for harvesting this crop.