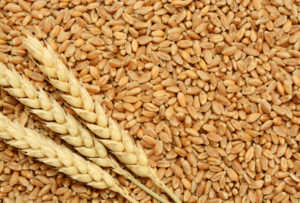 Next to rice, wheat is the most important food-grain of India and is the staple food of millions of Indians, particularly in the northern and north-western parts of the country.

It is rich in proteins, vitamins and carbohydrates and provides balanced food. India is the fourth largest producer of wheat in the world after Russia, USA and China and accounts for 8.7 per cent of the world’s total production of wheat.

Conditions of growth for wheat are more flexible than those of rice. In contrast to rice, wheat is a rabi crop which is sown in the beginning of winter and is harvested in the beginning of summer. The time of sowing and harvesting differs in different regions due to climatic variations.

The sowing of wheat crop normally begins in the September-October in Karnataka, Maharashtra, Andhra Pradesh, Madhya Pradesh and West Bengal; October-November in Bihar, Uttar Pradesh, Punjab, Haryana and Rajasthan and Nov.-Dee. In Himachal Pradesh and Jammu & Kashmir. The harvesting is done in Jan.- Feb. in Karnataka, Andhra Pradesh, M.P., and in West Bengal; March-April in Punjab, Haryana, U.P. and Rajasthan and in April-May in Himachal Pradesh and J&K. The growing period is variable from one agro climatic zone to other that effects the vegetative and reproductive period leading to differences in potential yield. The important factors affecting the productivity are seeding time and methodology, crop establishment and climatic conditions during the growing season.

Wheat is grown on 13 per cent of the cropped area of India. Table 24.5 shows the production trends of wheat in India.

It is clear from the table that all the three aspects of the crop i.e. production, area and yield have recorded rapid growth particularly after the introduction of the Green Revolution strategy in 1967. The production had more than doubled from 109.97 lakh tonnes in 1960-61 to 238.32 lakh tonnes in 1970- 71.

The other major wheat producing states are Rajasthan, Madhya Pradesh and Bihar.